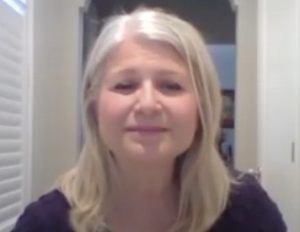 • Used 2 8” spring form pans that were butter and lined with parchment on bottom and sides because the batter grows and will spill over. [Each springform pan can make one medium sized torte divided into 3 layers by using a thread to make/cut the layers. Or one VERY large/tall torte if you combine both springform tortes!]

• Have an oven liner in the base of oven, because the butter may pour out and start to burn on bottom of oven

• 1 for egg yolks for going into the mixer

• 1 for egg whites for going into the mixer

• 1 for all dry ingredients that you can mix by hand only:

If anything gets into the egg whites bowl, then the egg whites will not whipp up to be foam peak. Your torte will fall and not bake properly. This is critical!

• Ground walnuts, as per above instructions, (just remember to keep separate the 2-3 cups of ground walnuts for the Kutia)

• 4 tablespoons of all purpose white flour, (Five Roses only)

• 14 extra large eggs.. separate very carefully.. do not contaminate the white with any yolk, grease or shells

• lemon zest from one whole lemon and juice

Frosting for Top/Sides and 1 layer

• 1 jar 250 ml of double fruit apricot jam (Smuckers or Polish), or make your own apricot puree (Mama did that)

• ½ cup of Amaretto, or adjust to your taste

• Melt in 30 sec parts at a Power of 3…may take several times (3-4) before you put butter in and mix to get right consistency. Let cool enough to place/mix with vanilla buttercream.

Option is to have Chocolate spread on the very top of the torte:

• Place walnuts, flour, baking powder and vanilla sugar in one bowl and mix by hand using a wooden spoon never used before with onions. Keep covered on the side.

• Split eggs. Whites go into one bowl and yolks go into another. Make sure that there is absolutely no yolks in the whites. If you get yolk into the whites, the whites will not beat up into a white foam that forms peaks. You can have whites in the yolks, so don’t worry about the yolks having some whites. Yolks beat up ok.

• Beat the egg yolks with the sugar on high, until the mixture is almost a pale yellow/white colour. This takes 6-8 minutes, or longer depending on your machine.

• Add lemon zest and juice. Place this mixture to the side

• Wash and dry the mixing utensils and spatula.

• Beat with clean whip that has been washed/rinsed with vinegar water to be non greasy.

• Beat the egg whites on high, until you get a foam and the foam “peaks” when you touch it with a spatula. Make sure that all of the egg whites are beaten. This will take 3 minutes, or so. DO NOT OVERBEAT. THE EGG WHITES WILL BEGIN TO SEPARATE AT THE BOTTOM. Should this happen, the egg whites are still good, even if a bit of whites are left at the bottom of the bowl, due to over or under beating. It happens to everyone. It really is an art to know that “right” moment. It is just experience…so don’t worry about it. You can still use what ever is remaining in bottom of the egg whites, should there be some separation/under whipping.

Work with the bowl that has the egg yolk mixture. You will be folding in by hand, the dry ingredients and whites, even the liquid left over from separation/under whipping, into the egg yolk mixture. You will have to do this carefully in order to mix everything together. Do this interspersedly…I do it in 5 parts: first some dry ingredients and some whites, fold by, repeat 4 more times, until all mixed together. Make sure you get to the bottom of the bowl and have no clumps of walnuts.

• At 45 Min mark, Check that the torte is ready by sticking a dry spaghetti noodle in the centre, and if it comes out dry-ish, no wet mixture on it, then it is ready. If not, put back into oven at 325 for 7 min more.

• Cool on cake rack, for 10 minutes. Then invert and get cake out of the pan.

• Flip the cake every 10 minutes of so, in order to cool evenly.

• Once cooled, store in cake dish so it doesn’t dry out.

Icing: Do by hand mixer not Kitchenaid

• Divide the torte into 3 layer using a strong thread to “cut” the cake, and place on separate racks to be used later, THE WAY MAMA TAUGHT US. You will have to judge how much icing to spread on the layers, so that you have enough to spread around the sides of the torte later. [Or one very large torte using both spring-form pan torte layers. I suggest the following:

• Place butter and cream cheese overnight (so that it is room temperature. This way it will beat up nicely.

• Also keep the chocolate squares out so that they are room temperature.

• When ready to ice the cake, melt the chocolate squares in the microwave: 6 minutes on medium heat. Do this in a Corell mug cup.

• In a large mixing bowl with an electric hand mixer, beat 1 ¼ cup of butter on high speed until smooth and creamy (2 min). Add At the same time as you are melting the chocolate squares, beat the butter and cream cheese

• Add vanilla sugar to the icing mixture and mix well

• Remove 1 cup of the icing mixture and place in a smaller bowl. This will be used for the chocolate icing layer.

• Check the chocolate. It can still have some clumps after the 6 minutes. Add the butter to it..it will melt. Stir in the milk. Stir well…it should be a smooth cohesive mixture.. This chocolate is used for:

• 2 large tablespoons to the icing mixture for the chocolate layer;

• remaining chocolate as the soft top cover of the torte.

• Place apricot 4 large tablespoons of jam into bowl and add Amaretto. A little may be left in the jam jar. Mix well and keep to the side. [Or make your own apricot puree for one layer.]

To prepare this frosting: 1. Place room temperature cream cheese and butter in a large bowl. Cut up into small pieces to make it easier to use a hand mixer to mix together.

2. Using a hand mixer on low, at first, then medium speed, together the cream cheese and butter until smooth. Then slowly add in the powdered sugar and vanilla until it is smooth and creamy (do not over-beat). Chill until needed.

• Place BOTTOM TORTE LAYER on cake tray and line with small strips of wax paper, in order to keep the torte clean.

• You will have to judge how much icing to spread on the layers, so that you have enough to spread around the sides of the torte later. [MAMA LIKED THE MELTED CHOCOLATE TO BE THE TOP LAYER] I suggest the following:

• 2nd Middle layer gets 2 large tablespoons of the vanilla icing, place last remaining cake layer on top. Keep it dry. This is the layer that gets the chocolate mixture “poured” on the top. OR CAN HAVE THE CREAM CHEESE TOP

• Okay, now you ice the sides of the torte with the remaining vanilla icing. Only go a bit up to the top of the cake top, in order to produce a rim around the top layer edge. This is needed in order to be able to “pour” the chocolate mixture on the top and not have it “run” down the sides of the torte, unless you particularly like this kind of look. The rim acts as a barrier.

• So, check the chocolate mixture. It should be warm, but still be liquid enough to pour and smear on the top. Do so evenly, right up to the edge of the vanilla icing rim, so that the chocolate doesn’t pour over on the butter/cream cheese icing.

• Fix the vanilla icing on the sides, adjust the chocolate top to be smooth. OR A NICE CREAM CHEESE TOP

• You can freeze this torte with the icing. Enjoy! 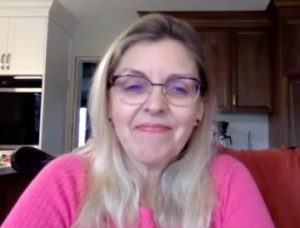 Our secret ingredients are anchovies and molasses that makes it taste “Je ne sais pas?”…

Add bouillon, and all but the last 3 ingredients. Simmer covered for 3 hours, turning a few times, or until roast is fork tender. Remove to a heated platter and keep warm.